What a strange match that was.

I guess it was a bit of a match too far for Auguste. Let’s look at the stats I posted above. Auguste spent one hour more than Victor. Also, up to now, Auguste had absolutely no pressure on him: Greg Marche, George Parker, who was expecting him to win? 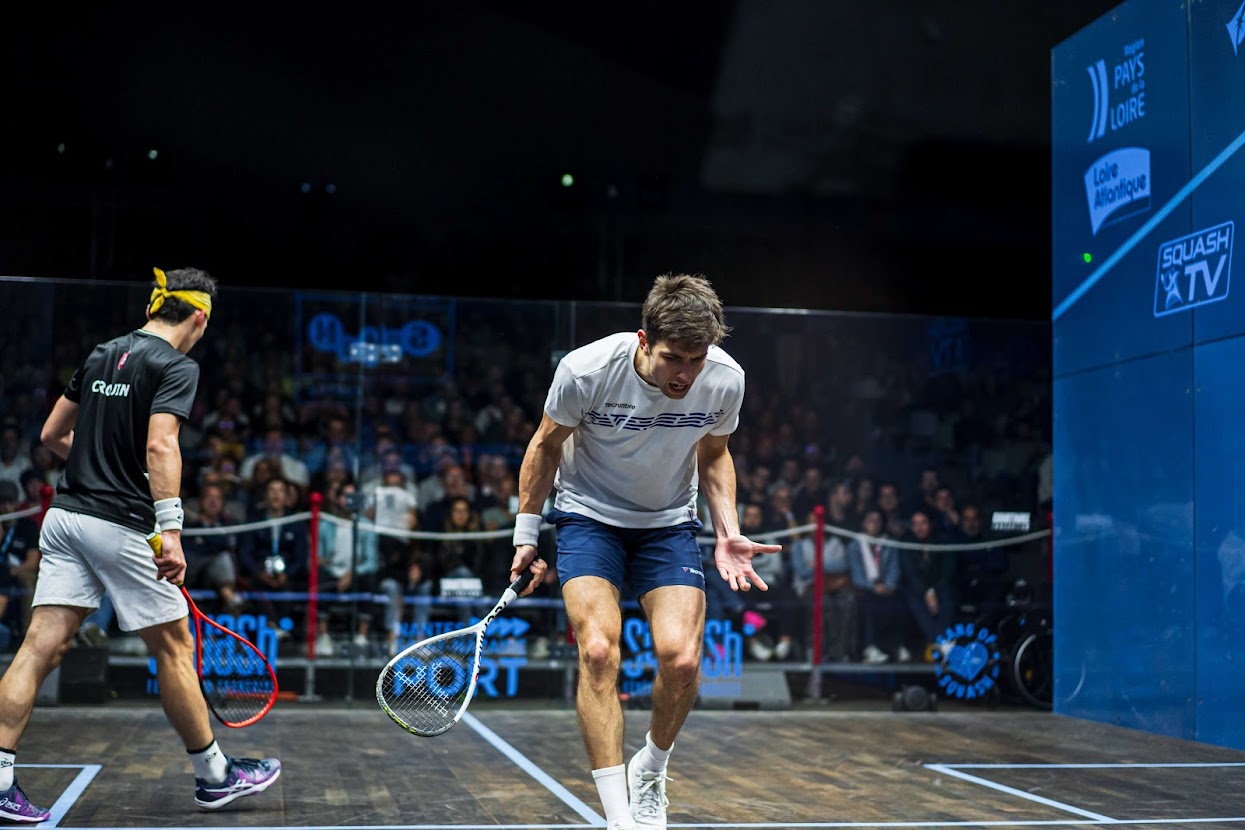 Suddenly, it’s back to “normality”. A player that he used to beat systematically for years during their juniors time and earlier in their senior career. Victor never hid the fact he always struggled against his compatriot. Pressure is back on. Mum is in the front row. Coach, friends. They are all there.

And Victor on the other hand, very secure in his squash, in his head, in his tactics. “The more I play somebody, the better I play him” Victor confessed yesterday. “It can take me a while to beat someone, but after that, I seem to get a good grip on the matches”. 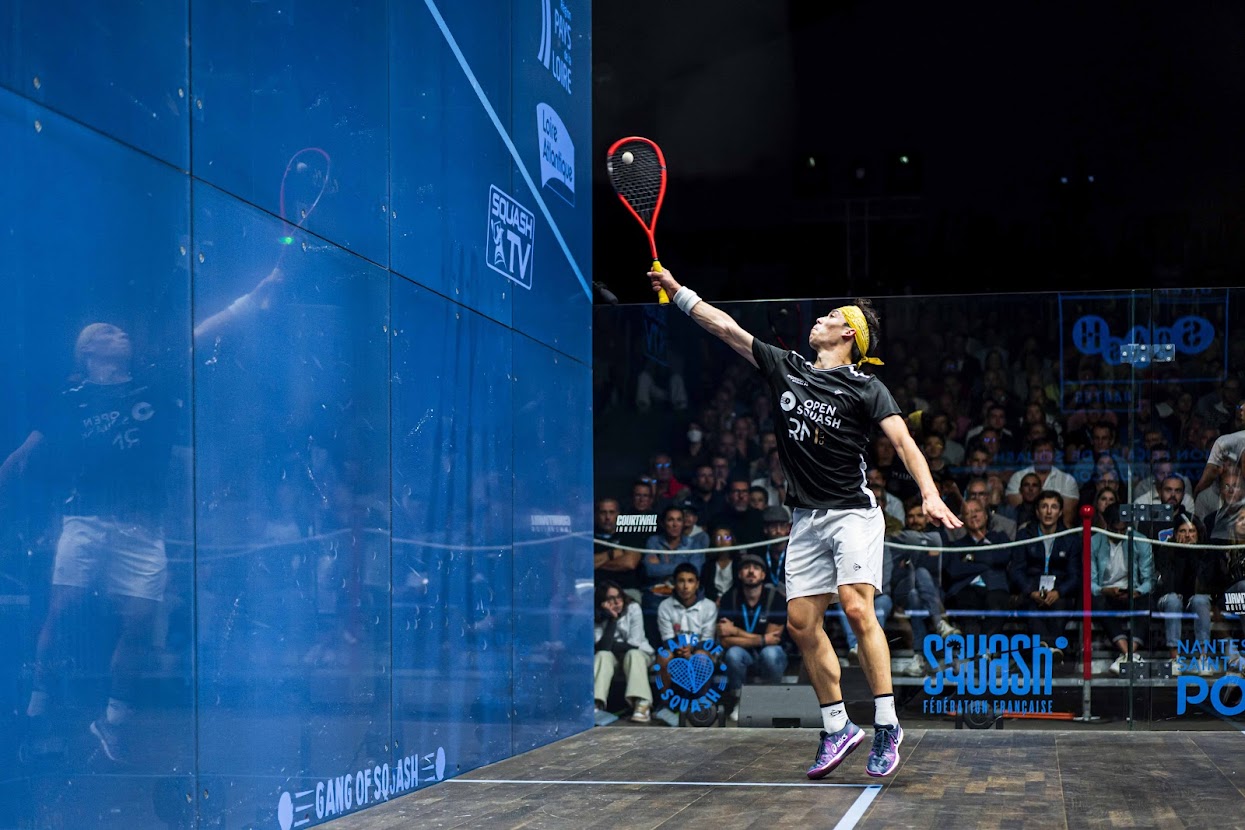 All those factors played I feel a huge role, and Victor “took him to the throat and never let him go” as Shabana would state… Auguste was sent to visit the court front and back, side to side, again and again in the first two games, 10/3, 11/4 in 13m. That’s a lot of minutes for very few points, isn’t it…

Not many errors in those two first games, high standard really. 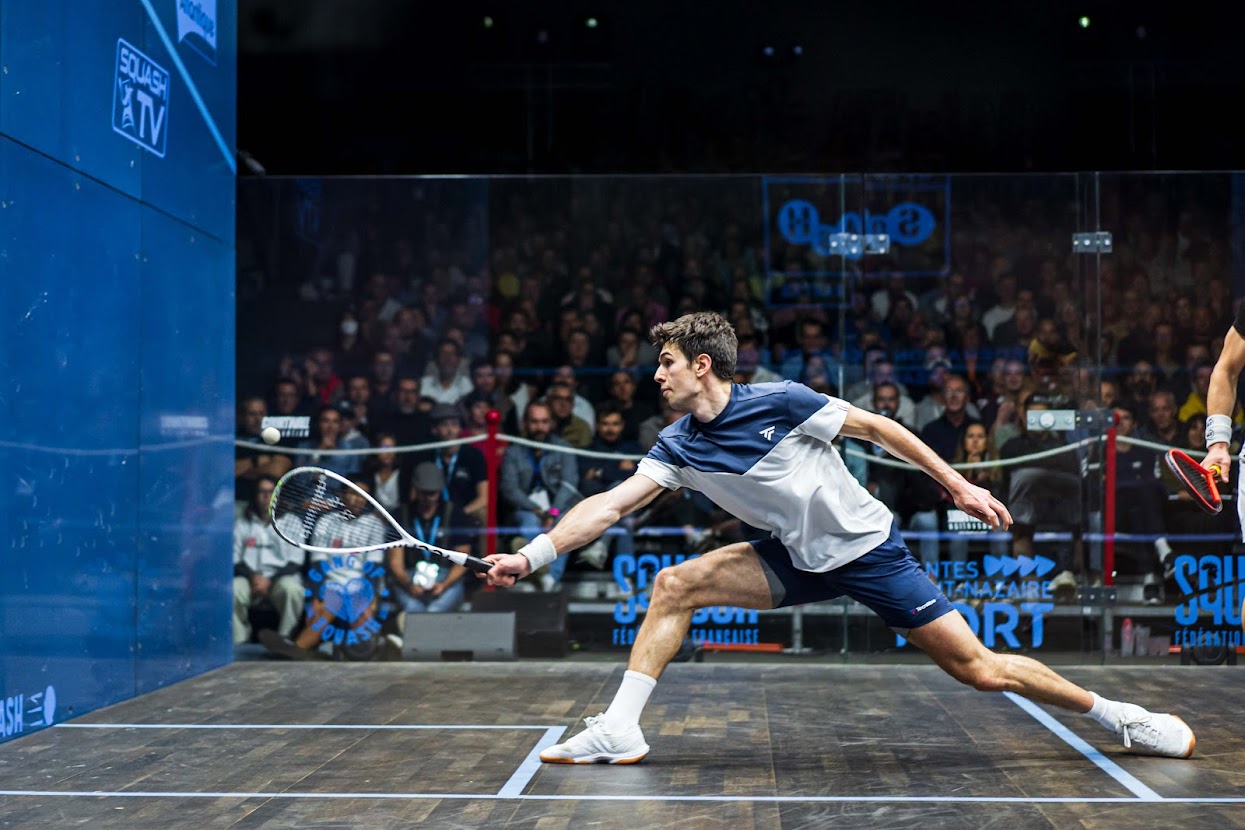 The third game is typical of the phrase: the score doesn’t tell the story. 18m of squash for 11/7. And an Auguste that looked ready to pass out at the start on the game to be honest. White as a sheet, he seemed to run on fumes, and hat to him for keeping fighting and digging in, never giving up.

Victor kept attacking, Auguste kept running and retrieving, a good game that was, 1/1, 2/2, 3/3. 6/3 for Victor, 8/5. A HUUUUGE push from the Parisian, looking fresher, maybe second wind, becoming more threatening to the Southerner, 7/8. Some superbly hard and intense rallies, with the crowd loving the squash, but an uncharacteristic error on match ball, and it’s 11/7 for Victor…. 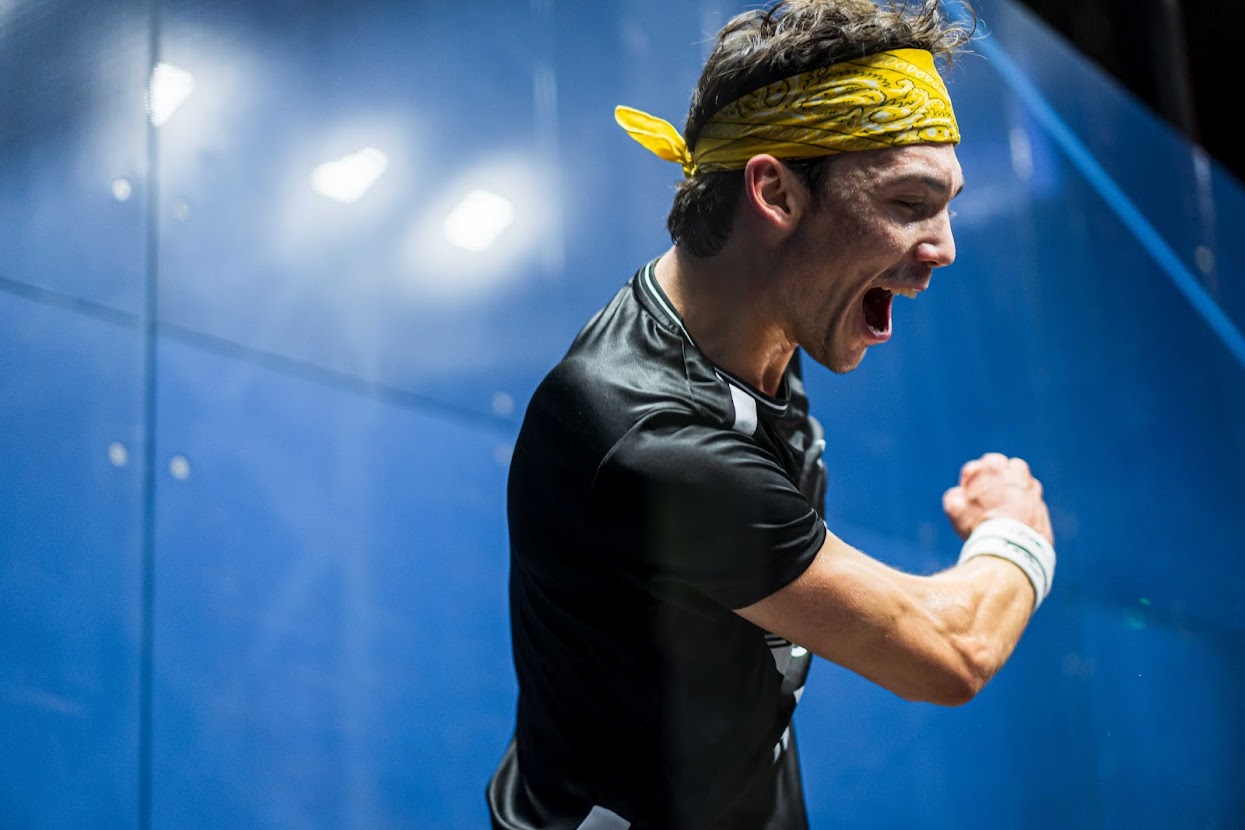 “I think it’s the seventh time we’ve played against each other. I studied a lot today because I’m very studious. We know each other very well, it’s always a tough battle, I never feel comfortable playing on court against Auguste which shows how good he is.

“I wanted to take him to the throat from the word go, because due to the late start, it could have become a tricky challenge that could have lasted till late morning!

“Very happy to win in three, as I never managed to get clear cut victories up to now, I was always struggling against him. Or he was putting me to sleep and then surprise me, or he was taking me into a contact/decisions stop start match, where I was losing my focus.

But proud I managed to keep my concentration, although not too happy with my constant use of the boasts that cost me points repeatedly. But I was backing up those lost points with a solid win that was crucial. So I managed to keep my nose in front, and of course, leading 2/0 is a huge advantage both mentally and physically, whereas I felt he was getting a bit tired at the end. I stayed solid, and did the job.

“It’s great to play in front of that crowd. We don’t play that often in France, usually we just play local events and it’s nice to have a small community in a club to watch us and support us. This is one of the biggest events on tour, this is one of biggest crowds we have on tour and it’s very enjoyable to play.

“I’m really proud of the improvements I’ve made to win in three today because it’s really tough mentally to stay focussed during the entire match, especially at that time. Really proud to win in three, that’s really important, I’m fresh for tomorrow and hopefully I can go one more.” 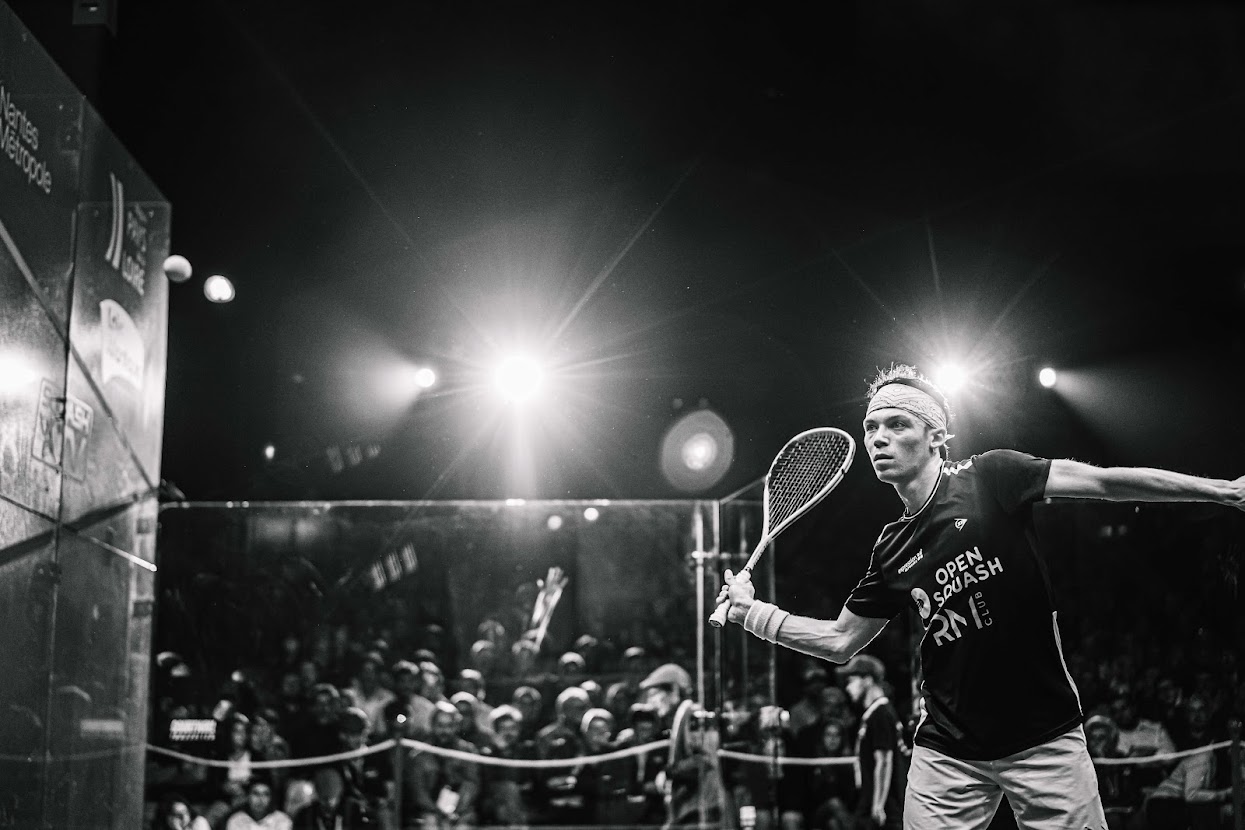 Please select the Tab Content in the Widget Settings.